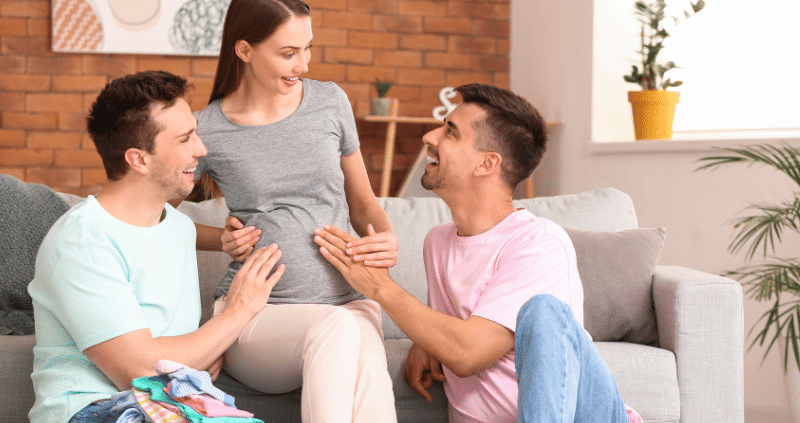 Made in Chelsea star Ollie Locke has revealed his surrogacy heartache on the latest series of the reality TV programme. He had recently announced on Instagram that the first round of IVF that he and his husband Gareth underwent with a surrogate hadn’t worked.

Ollie wrote. “We wanted to share an update with all our amazing supportive followers who have been with us on our surrogacy journey.

“I’m sorry I have been quiet, sadly we found out last week our first attempt at IVF hasn’t worked and after the heartbreaking news we have come to terms with the situation and are now looking forward to getting out to go for a second attempt very soon.”

Celebrity stories – from Ollie to Tom Daley and Kim Kardashian – have brought surrogacy into the spotlight and now a new UK study has shown that the number of parents using surrogates in England and Wales has quadrupled over the last decade.

Increase in parents using surrogates in the UK

Kent University scientists reviewing the data found that 413 parental orders were issued last year, indicating that almost four times as many parents in England and Wales are using surrogates now compared to ten years ago. In a new report published in collaboration with My Surrogacy Journey, a non-profit organisation in the UK supporting surrogates and intended parents, Dr Kirsty Horsey of Kent Law School found more parents were having babies through surrogacy. Research also revealed that two thirds of the applicants were mixed-sex couples in their 30s and 40s.

‘It is great to see such positive reporting on surrogacy in the mainstream media,” Dr Horsey commented, “particularly as the Law Commissions are currently reviewing the law on surrogacy, which I have long argued is out of date and in need of reform. It is to be hoped that reports such as this will feed into public and parliamentary debates on how any new law should look and enable progressive law reform to take place.”

Reality TV star Kim Kardashian opted for surrogacy after suffering placenta accreta, a serious medical condition that can be fatal for mother and child. She has now had two surrogate pregnancies: “I always knew surrogacy was an option — now it’s my reality. Whatever is meant to be will be.”

Celebrities being open about the surrogate experience is one of the driving factors in increased interest in this procedure. Yet, as Ollie Locke and his husband have revealed, surrogacy is not without its challenges.

Get in touch to discuss this in more depth with our fertility experts or read our pages on surrogacy for same-sex and mixed couples.