Who should test their fertility?

Giving you a comprehensive picture of your fertility

You may be single and have concerns about your fertility health or in a relationship and actively trying to get pregnant or thinking about trying to conceive in the near future but are unsure about your fertility. No matter what your individual circumstances, a fertility test can be performed to help you better understand how fertile you are.

WHY CHOOSE ARIA BOOK A CONSULTATION 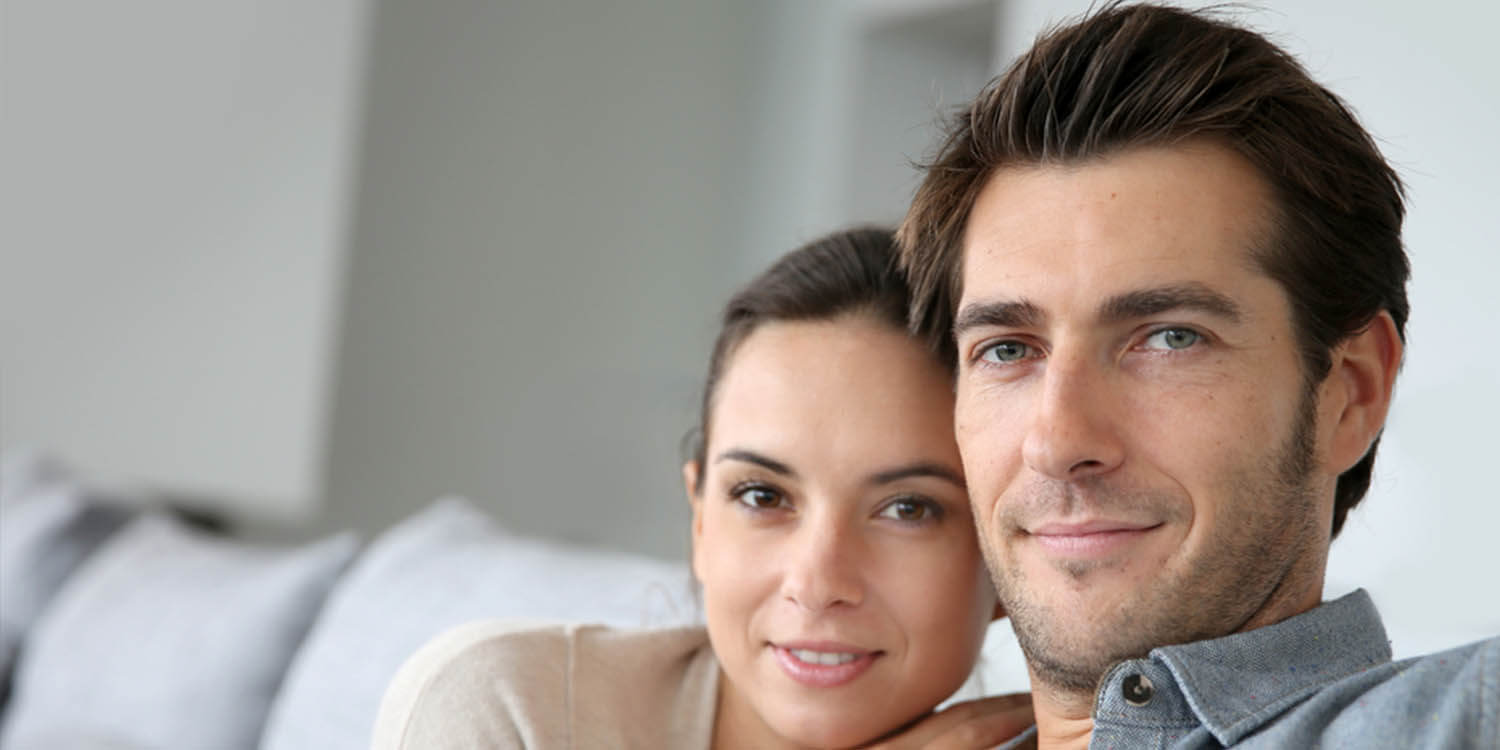 Who should test their fertility?

Giving you a comprehensive picture of your fertility

You may be single and have concerns about your fertility health or in a relationship and actively trying to get pregnant or thinking about trying to conceive in the near future but are unsure about your fertility. No matter what your individual circumstances, a fertility test can be performed to help you better understand how fertile you are.

WHY CHOOSE ARIA BOOK A CONSULTATION

What is a fertility test?

A fertility test at Aria Fertility allows couples, as well as single men or women, to visit the clinic for one appointment where specific tests, will allow us to provide an assessment of your fertility. The assessment will identify any potential problems and help you to decide whether to try for a baby straight away, or potentially leave it till later.

The fertility assessment will provide an insight into your fertility health from a range of tests which evaluate your lifestyle and other health issues. A full explanation of these results will be given and their bearing on your fertility health discussed. These tests are not intended as a replacement for the more thorough medical diagnostic tests which may be recommended once the findings of the fertility assessment are known.

Once you have met the consultant for a discussion to review your medical history and lifestyle there are some further tests which will be performed to assess your fertility.

Your ovarian reserve refers to the number of eggs which remain within the ovaries that can ovulate and form a pregnancy. This is most commonly assessed through an ultrasound scan of the ovaries together with a blood test.

A simple ultrasound scan of the ovaries in the early stages of your cycle can be used to measure small fluid filled sacs, this is called an antral follicle count (AFC). When both ovaries are combined, we would expect 8-10 antral follicles – this would be an indicator of someone with a healthy fertility potential. However, with increasing age we would expect to see this number decrease and subsequently fertility decrease with it.

A blood test is required to measure a natural hormone known as Anti-Müllerian hormone (AMH). This hormone is secreted from the small follicles within the ovaries, the level of which provides an estimate of the number of eggs which still remain within the ovaries. AMH production does diminish with age as the number of follicles slowly reduce and becomes undetectable at the point of menopause.

AMH levels strongly correlate with the antral follicle count (AFC). With this information we can establish whether you could defer trying for a baby for a few years or whether the reproductive health is reduced to the extent that you should not delay starting a family if your circumstances permit it.

A three-dimensional ultrasound scan to check the ovaries and womb (uterus). If the ultrasound scan does highlight any problems or abnormalities further diagnostic tests may be required to identify the cause and extent of any potential problems.

Chlamydia is the most common sexually transmitted infection in the UK and affects both males and females. Chlamydia can cause significant damage to the Fallopian tubes in females if left untreated. We will recommend testing for Chlamydia through a simple urine test.

Rubella is an infectious disease that in most cases presents as a mild condition and an infection often passes unnoticed. The disease does not affect your ability to conceive but it can be serious in pregnant women as it can harm the unborn baby. A blood test can be performed to identify if you are immune to Rubella or not. If you are not immune, then it would be a strongly recommend stopping trying to conceive until you have been vaccinated against Rubella.

Once you have met the consultant for a discussion to review your medical history and lifestyle there are some further tests which can be performed to assess your fertility.

It is estimated that between 20-30% of males are affected with infertility. It is essential therefore that we perform a semen assessment to understand if the quality of your sperm is negatively affecting your fertility.

For an accurate assessment of your semen sample, we require you to abstain from sexual intercourse or ejaculation for 2-5 days prior to the test. A semen analysis test measures multiple different parameters within a semen sample:

Sperm concentration (number of sperm)
The number of sperms we would expect to see for a normal sample would be 15 million spermatozoa per ml or more. Any less than this could indicate an issue with your fertility. Fertility treatments are very effective in treating of infertility due to low sperm count.

Sperm motility
This is the assessment of the percentage of sperm with progressive motility (i.e., mobile and moving) and those which display non-progressive motility (i.e., immobile or dead). In a normal sample we would expect 40% or more sperm to be motile, with a minimum of 32% showing good forward movement. Any less than this may highlight an issue or mean there are too few motile sperm to reach the egg and fertilise it.

Morphology (shape & appearance of the sperm)
Normally, sperm are mass produced by the millions and for this reason many of the sperm which are produced within the body are formed incorrectly and carry abnormalities. We expect to see in a normal sample only 4% or more of sperm being of a normal shape and appearance, which we report as those having a normal morphology.

If the semen analysis result is poor some further tests could be recommended:

A normal semen analysis does not necessarily mean that the sperm are free from DNA damage. This is because a routine analysis of the sperm cannot evaluate the DNA fragmentation. High levels of DNA fragmentation can be reduced through nutritional (antioxidants) and lifestyle changes and treatments of any underlying infections.

Chlamydia affects 1 in 10 young males in the UK and infection can affect sperm function and male fertility. It is the most common cause of inflammation in the reproductive organs of men under the age of 35. If left untreated it can cause infertility. We will recommend testing for Chlamydia through a simple urine test.

What sets us apart.

Fertility treatments can be highly stressful and additional support is required to help you when you need it the most. Counselling is always available, however you may like to speak to one of our fertility coaches or even reach out to someone going through the same thing as you.

Aria has partnered with Fertility Circle who provide educational tools, community, experts and emotional support through the Fertility Circle App. The app connects you to a like-minded community of peer support and trusted experts who have a wealth of information and real-life inspiration. The app offers virtual events, tutorials, wellness & IVF tools that support you through every step of the IVF process. As part of our partnership with Fertility Circle, they are offering free access to support your IVF treatment.

Our highly experienced team here at Aria Fertility will listen, support and guide you to having the family you always dreamed of.

Whether you’ve been trying unsuccessfully for a while; had children before but this time it hasn’t been so easy; or you just want a chat about it with someone who can listen and understand; rest assured, you are not in this alone.

Trying to balance daily routines with your fertility treatment can be exceptionally tough. At Aria, we want your fertility journey to be as convenient as it could possibly be.

Ensuring your fertility treatment fits in with your own schedule can make the process a lot less stressful. Many of our initial appointments can be performed virtually or made available during extended hours. You can make regular contact with the team at Aria either by virtual appointment, over the telephone or alternatively by email, allowing you the opportunity to blend your treatment with daily life.

When you do need to visit Aria for an appointment we are conveniently located on Welbeck Way in Marylebone, a short walk from either Bond Street or Oxford Circus underground stations.

If you would like to learn more about your own fertility journey contact us to arrange a face-to-face, telephone or video-appointment with one of our consultants.

We really look forward to getting to know you.