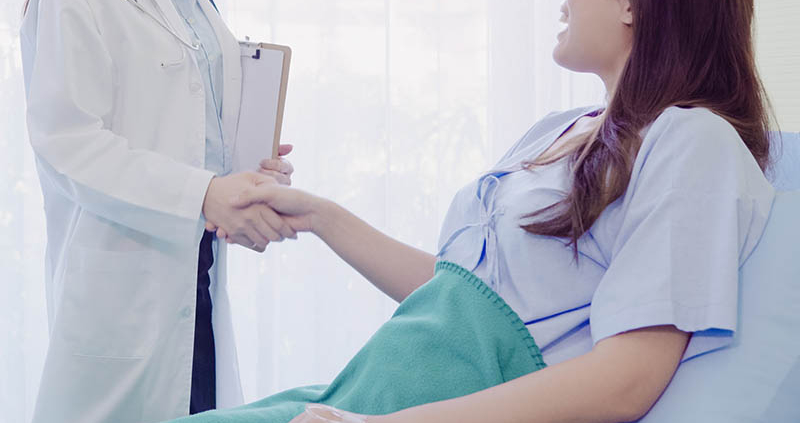 Currently rated as amber by the Human Fertilisation & Embryology Authority, the UK’s IVF regulator, the value of IVF add-on endometrial scratching has come under the spotlight in recent months.

Endometrial scratching is rated amber by the HFEA because there is conflicting evidence from randomised controlled trials (RCTs) in terms of its effectiveness in improving the chances of conception for those undergoing fertility treatment.

What is endometrial scratching?

Endometrial scratching is termed as a fertility treatment ‘add-on’ as it is performed in conjunction with in vitro fertilisation (IVF). It is used in preparation for a round of IVF with your fertility doctor ‘scratching’ the lining of the uterus known as the endometrium. During the first stage of conception, an embryo attaches to the endometrium in a process known as implantation.

By ‘damaging’ the endometrium, the body’s natural healing process is triggered and an inflammatory response is produced, releasing growth factors, hormones and proinflammatory cytokines.

It is a quick, simple, low-cost procedure performed without anaesthetic. It can cause some discomfort and bleeding, but more serious risks such as infection or uterine perforation are very rare.

The latest research into endometrial scratching

Published in the journal Human Fertility in December 2021, were the results of a new survey of fertility doctors in the UK, Australia and New Zealand into their perception of endometrial scratching value.

“We don’t have good evidence that endometrial scratching helps people to have a baby from IVF, and it’s a painful procedure associated with a cost for the patient too,” explains one of the study’s authors Sarah Lensen, postdoctoral research fellow at the University of Melbourne.

The study’s authors believe that earlier studies that found value in endometrial scratching lacked randomised controlled trials and were too small scale. Later larger, high-quality studies have cast doubt on these, meaning there’s no conclusive evidence that it boosts your chance of conception.

Yet, many fertility clinics continue to recommend this add-on. As identified in the study, many fertility specialists believe that it is valuable for patients who have unsuccessfully undergone more than one IVF cycle with good-quality embryos due to implantation failure.

“The idea of the scratch is that it might help these women who could theoretically have suboptimal endometrium, to achieve pregnancy,” Sarah says. “Secondly, people who have had multiple embryo transfers without success are often looking for something new to try that might help them to conceive.”

For more advice on endometrial scratching, call 0203 263 6025 to arrange an appointment with Dr Amanda Tozer at Aria Fertility Clinic.

The implications of fertility treatment